Ali Brigginshaw has been awarded the Rugby League Players Association’s Dennis Tutty Award for her commitment to her fellow players and the game of rugby league.

The Dennis Tutty Award is awarded to a player who has demonstrated outstanding leadership on and off the field, commitment to their fellow players and to the advancement and protection of their rights, and service and dedication to the game of rugby league.

Ali has been a leader on and off the field since her captaincy debut in 2018 for both the Brisbane Broncos inaugural NRLW team and the Australian Jillaroos.

In 2019 Ali was one of the first players to put her hand up to join the RLPA’s inaugural Women’s Player Advisory Group. Ali has been instrumental in the many advancements made in the last few years and most recently with the women’s improved contracting model.

Last year Ali displayed courageous leadership alongside her fellow WPAG members by standing up for her fellow players as they fought for their right to choose the club they played for in the NRLW competition.

Later in 2021 and alongside her fellow WPAG members, Ali was crucial in the fight for compensation for all NRLW players when their competition was postponed at the eleventh hour.

Ali continues to be a fierce advocate for everyone in women’s rugby league. Her advocacy and impact on the game will be felt for generations to come.

“We would like to congratulate Ali on being awarded the Dennis Tutty Award, and thank her greatly for her contribution to the players and the game of rugby league,” said Mr. Newton.

“Ali’s contribution to the game and players can never be underestimated, and it’s a sacrifice she doesn’t have to make. In these types of situations where you keep putting yourself out there, you can be a bigger target. But to keep doing it takes courage.

“The alternative is to sit back but what progress is ever made when you stay silent on the things that matter?”

“If Ali had not come on board and advocated for changes and improvements, I don’t think the women’s game would have secured some of the improved terms, conditions, and contracting changes they now have.”

“She has so many obligations to her teammates, her club, as a leader and her work in the community. There is a personal cost that comes with all of those commitments but Ali has not shied away from them.”

“Ali has had a massive 18 months on and off the field and, as arguably the best player in the game and the most famous NRLW player, there has been added responsibility on Ali.

“The public and players look up to her, and they always look to her as a leader. So much responsibility is placed on Ali’s shoulders to be the voice and to advocate, but it doesn’t faze her. She keeps on using her voice and advocating, and she is very deserving of this recognition as the Dennis Tutty Award winner.

“The easy option for Ali would have been for her to stay in her lane and just be the best player. But Ali understands that her teammates and peers matter, and that the growth of the game is incredibly important too.

“The game is better for having Ali play it and to advocate for rugby league and the players. We are incredibly thankful to her for her contribution to the players and rugby league.”

Previous winners of the Dennis Tutty Award include:

Dennis Tutty played rugby league long before the days of full-time professionalism. Before colour TV, Tina Turner and the NRL. When players played almost exclusively for their local clubs and, first and foremost, for their love of the game. Unfortunately, in this romanticised era of rugby league, where the greats of Arthur Beetson and Ron Coote made their names, player rights were often a passing thought for the game’s administrators.

Dennis’ actions in challenging the NSWRL’s transfer system in 1968, at great personal sacrifice, were not only pivotal in the emergence of a player’s rights movement but paved the way for the professionals of today. 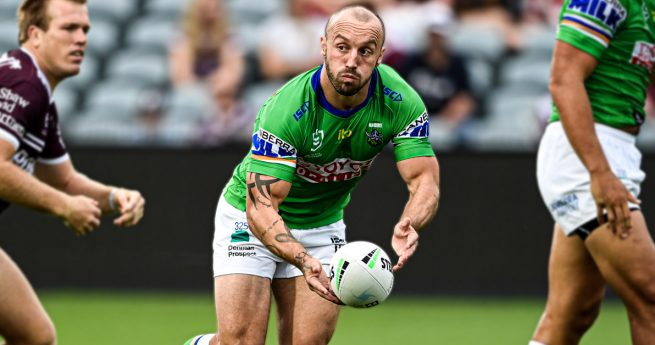