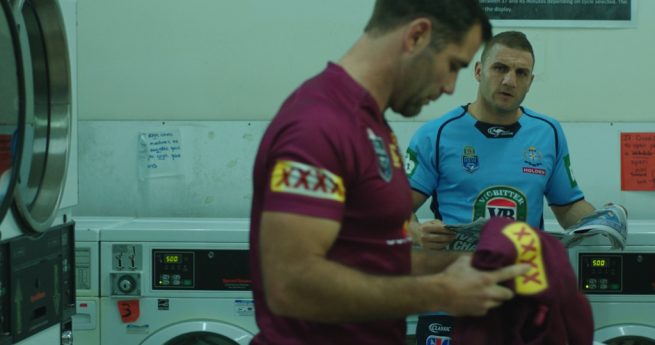 The NRL has announced a three year partnership with some of Australia’s leading mental health organisations as part its State of Mind campaign, which aims to reduce stigma around mental illness and encourage people to seek help by improving mental health literacy.

State of Mind will be launched as part of this year’s State of Origin series, but, more importantly, will become a central theme of the work the Game does in and around the community.

As the country’s biggest health issue, one in two Australians will experience a mental illness in their lifetime. Suicide is the largest killer of individuals aged 15-44.

The NRL has formed a coalition with Lifeline Australia, headspace, Kids Helpline and the Black Dog Institute to continue to break the silence, reduce stigma around mental illness and stimulate help seeking behaviours by improving mental health literacy.

This partnerships follows last week’s appointment of the first Game-wide State of Mind Ambassadors. The 14 self-nominated Ambassadors were chosen following consultation with club career coaches to help increase mental health literacy in clubs and the communities in which they operate.

The State of Mind television campaign launched on Channel 9’s The Footy Show last night features State of Origin rivals Cameron Smith and Robbie Farah. They are encouraging the broader community and beyond to ‘break the silence’ by staring a conversation, even in tense situations.

NRL Head of Community Adam Check said deploying the insight and resources that these expert mental health agencies have, and using the NRLs voice to amplify that message, can and will have a profound and positive impact on mental wellbeing.

“And in using our voice effectively, we aim to not only create awareness but to stimulate behavioural change by improving mental health literacy, increasing help seeking behaviours and reducing stigma in relation to mental health,” he said.

“Rugby League is more than a game. It is the country’s largest sporting community and one which can act as a catalyst to social change around big community issues.”

Lifeline Australia Chairman John Brogden said: “Silence and stigma are, without question, massive barriers that prevent individuals from recognising and taking action on mental health or reaching out for help when we’re struggling.

“Our partnership with the NRL, its clubs and players, along with our colleagues is the start of a constant conversation about how we can all play a part in overcoming these barriers and supporting a mentally healthy Australia.”