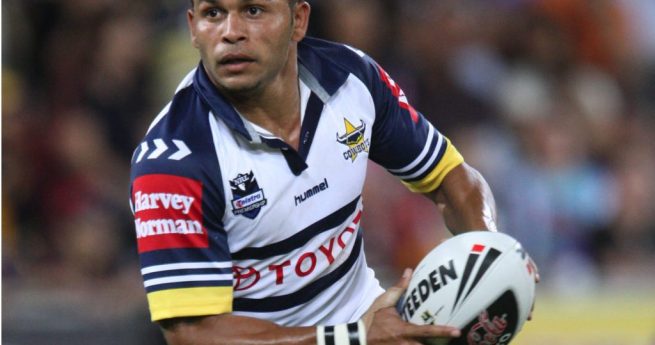 The North Queensland Cowboys squad for the Auckland Nines will welcome back to the field Matty Bowen along with 13 players from the 2015 NRL Telstra Premiership-winning team.

Bowen, 33, has returned to work at the Cowboys in a community role after two years in England where he helped Wigan to consecutive Super League grand finals. The Nines will be a playing farewell appearance for the 270 game veteran.

The Cowboys’ Nines team is playing in the Rangitoto Pool against the Knights, West Tigers and the Panthers.

Photo: Matty Bowen makes his return to the Cowboys for the Nines (nrlphotos.com)