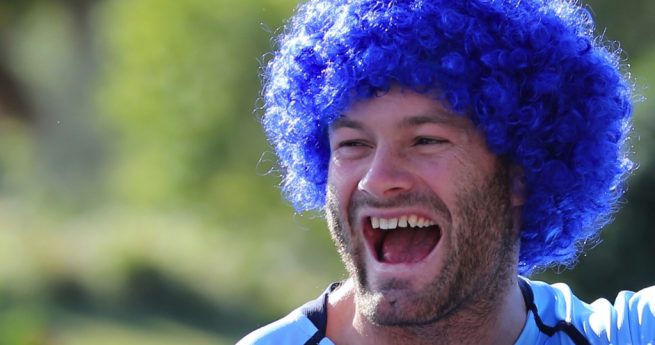 Ryan Hoffman used to sleep with a packet of football cards and a football under his arm; Boyd Cordner cried his eyes out when his Dad told him football had been called off; and David Klemmer used to put footy boots on as soon as he got out of bed.

These are just some of the memories past and present NSW Origin greats have shared in a “Let Them Play” video aimed at encouraging and allowing children to play the game for the reasons they all started it … fun, friendship and fitness; not winning!

“Let them Play” is an educational video series for grassroots clubs featuring strong “Respect” messages from True Blues and Junior League players, taking a stance to stop negative behaviour at footy grounds across the country.

With the game celebrating “Play NRL Round” this weekend and Junior League kicking off in NSW on April 2, the “Let Them Play” video released today as part of a game-wide “Respect” campaign, is a timely reminder to all players, volunteers and parents to act in a manner that displays the core values of the game – excellence, inclusiveness, courage, teamwork and respect.

NSW Blues Coach Laurie Daley said: “It’s all about letting kids be kids. You soon work out whether you are good enough to play at NRL level.

“Right at the start it’s all about your mates and having fun.”

Blues and Bulldogs enforcer David Klemmer said: “When I was a kid all I wanted to do was play footy. It wasn’t about winning or losing, it was about having fun with your closest mates.

“As soon as I got up I would put my footy boots on. I couldn’t wait.”

Blues and Roosters forward Cordner said: “Dad thought it would be funny and play a joke on me and told me there was no footy today; it had been called off. I cried my eyes out.”

Photo: Boyd Cornder hams it up with the NSW Blues. (nrlphotos.com)

NRL micro figures and more on...