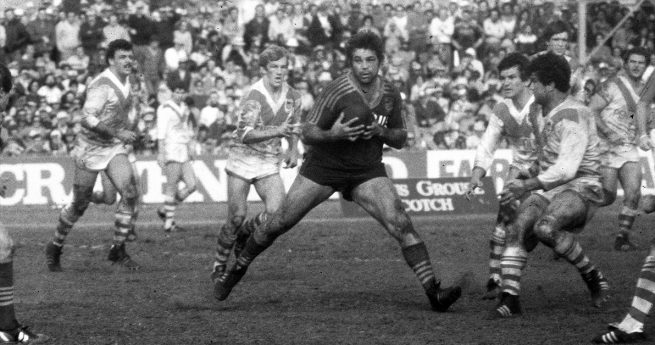 We take the opportunity to reflect on his contribution to the players’ association movement leading into NRL Indigenous Round.

Many would be unaware that it was Beetson who called a meeting in 1979 at Balmain Leagues Club to form what was then known as the Association of Rugby League Professionals.

This gathering established a Steering Committee of the RLPA, with the inaugural meeting eventually taking place in April 1980 – led by legendary coach Jack Gibson as President (see below image).

In a 2BL radio interview on 20 April 1991, Beetson, in recalling the formation of the RLPA said that he wanted players to have a say in the decision making processes. The legacy of Beetson reached far beyond the rugby league field, with his contribution achieving generational impact.

The RLPA acknowledges the Aboriginal and Torres Strait Islander peoples as the first inhabitants of the nation and the traditional custodians of the lands where we live, learn and work.

We join the game in highlighting the importance of understanding and appreciating Indigenous history and culture in order to build a better future.