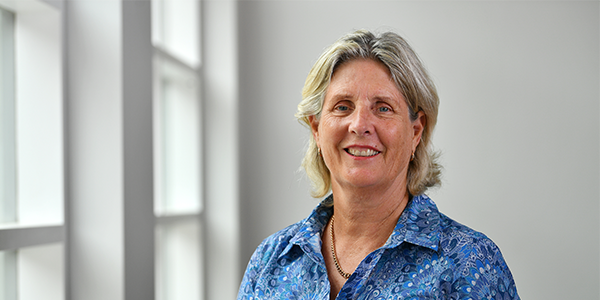 Deidre Anderson has officially been announced as Chair of the Rugby League Players’ Association (RLPA) at its Annual General Meeting in Woollahra tonight.

Dr Anderson, an RLPA Director since 2016, becomes the first female Chair in the history of the Association.

A former Deputy Vice-Chancellor at Macquarie University, Dr Anderson has a wealth of experience across a range of relevant areas including governance, sport, wellbeing and education.

The change in leadership comes after previous Chair, Russell Adams, resigned from his duties earlier in the year due to health reasons.

Mr Adams led the Association through an important era during his three years at the helm, most notably during the Collective Bargaining Agreement negotiations in 2017.

Mr Adams said he leaves knowing that the Association is in strong position and will continue to prosper with Dr Anderson stepping into the role of Chair.

“I have thoroughly enjoyed my involvement with RLPA over the past three years,” Mr Adams said. “I decided to resign from the Board earlier this year to deal with ongoing health issues.

“I look back at what has been achieved for our members over the past few years with pride.

“There have been various highlights, but the standout would have to be the landmark CBA deal reached in 2017 and the approach to bargaining that was undertaken.

“I am confident that the RLPA will continue its progression in years to come through an engaged playing group driving the growth and interest in the game.

“After spending a number of years on the Board with Dee (Anderson), I have no doubt that she will provide great leadership for the RLPA and I wish her all the best in the role.”

Dr Anderson said she was honoured to be appointed Chair of the RLPA and continue to play a key role in further advancing the Association in the coming years.

“The RLPA has continued to increase in its capabilities and responsibilities in recent years,” Dr Anderson said. “As a Director for the past three years, I have enjoyed playing a role in that progression.

“I’m truly honoured to accept the role of Chair and I look forward to ensuring our members continue to have a strong Association behind them.

“We have an outstanding group of young men and women playing this game, so ensuring they are empowered and have the tools to thrive both during and after their careers is something that I am passionate about.

“I want to also take this opportunity to acknowledge the influential role that Russell had in advancing the RLPA during his time on the Board and sincerely wish him well in addressing his health concerns.”

RLPA CEO and Managing Director, Ian Prendergast, thanked Mr Adams for his enormous contribution to the Association and welcomed Dr Anderson into the role.

“The significant role that Russell played during his time as Chairman cannot be understated,” Mr Prendergast said. “On a personal level, I couldn’t be more thankful for the guidance and support he provided me over the past few years.

“On behalf of the RLPA and its members I want to thank Russell for his significant contribution and commitment to the Association over the past few years.

“I also want to formally welcome Dee into the role of Chair and I look forward to building on the already significant work she has done for the RLPA as a Director in recent years.”

The RLPA also officially unveiled its 2019-21 Game Plan at the meeting, outlining its vision, values, purpose and key projects set to be delivered in the coming years.

Players in attendance at the AGM also voted that James Maloney be elected as a Director for another term.

Eloni Vunakece and Adam Blair also officially concluded their time as Directors of the RLPA, with their positions to be filled in the coming months following a review of the Board composition by the Nominations and Remunerations Committee.

Other current playing members on the Board of Directors – Jeremy Latimore, Tim Mannah and Joel Thompson – will continue their tenure, while further leaders will be appointed as casual vacancies in the coming months, including an elite women’s representative.

Current RLPA Board and Leadership