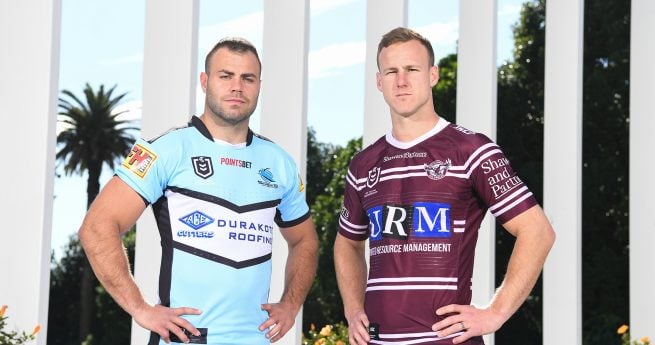 The Rugby League Players’ Association (RLPA) held its Annual General Meeting in Balmain earlier this week, with five Directors formally elected to the Board.

After joining the board as casual vacancies in 2019 – Pippa Leary, Wade Graham, Daly Cherry-Evans, Sia Soliola and Dale Copley were officially elected by members at the 2020 AGM.

The RLPA also recognised the significant contribution that both departing Directors, James Maloney and Jeremy Latimore, had made to the Association.

“We have had the pleasure of engaging five impressive individuals on our Board of Directors over the past 12 months,” Dr Anderson said.

“It’s great to see them formally elected as Directors and I have no doubt they will continue to provide valuable leadership and guidance to the RLPA moving forward.

“I’d like to also thank both James and Jeremy for their commitment to the RLPA and contribution during their time as Directors.

“They have both done a wonderful job in representing the views of their fellow players during a very important time for the RLPA and provided stability for the Association over a considerable period – with James spending five years and Jeremy four years in the role.”

Prior to Wednesday night’s AGM, the Player Advisory Group (PAG) met to discuss the contracting model, trade and transfer windows and the ongoing CBA dispute.

The male PAG was established by the RLPA last year to provide a forum for leading players to have a voice on some of the key challenges facing the game.

Key outcomes from the PAG meeting were that the players:

RLPA Board and PAG member, Wade Graham, said this was an important period for the game and an opportunity for all stakeholders to move forward together.

“We are at a really interesting time in the game with a new Chair of the ARLC in Peter V’landys and the ongoing CBA Dispute we are working through, which players believe is fundamental to ensuring the role of our Association and what we sign up to under the CBA are respected,” Graham said.

“Our desire is to develop a more inclusive and aligned working relationship with the NRL, Clubs and States, so we can work together to grow the game.

“But at the same time, this dispute is fundamental to our role and needs to be resolved.

“Players remain committed to working with the NRL and all stakeholders to drive the game forward.

“The game generated a $30m surplus last year through the collective efforts of players, Clubs, States and the NRL.

“But we are confident we can further enhance that growth, as well as improve non-economic factors, by working better together.”

RLPA Board and PAG member, Sia Soliola, said players will always be willing to assist the game in working through some of the key challenges it faces.

“As players, we will experience firsthand the impact that things like changes to the contracting model will have,” Soliola said.

“We can also provide useful insights through the RLPA that will help make sure any changes are the right ones to introduce.

“So, it’s important that our views are heard on issues that affect our employment and that we have a genuine seat at the table through the RLPA.

“The group couldn’t be more passionate about that and we are determined to help improve the game on and off the field while also ensuring the players’ opinions and rights are respected.”

Another topic of discussion was the recruitment of the next RLPA Chief Executive Officer, with the players reaffirming their support for departing leader Ian Prendergast and the current process that is being worked through.

“The RLPA Board and Executive team are currently working on setting up our new leadership structure, which includes a thorough recruitment process for the role of CEO,” Cherry-Evans said.

“That process will also involve players to ensure the next leadership is aligned with player views and expectations.

“It’s important that we get this structure right and we appreciate Ian’s ongoing support and commitment to making this transition as smooth as possible.

“Ian works for us, the players, and has done a fantastic job in truly establishing the RLPA, while protecting and significantly advancing both our interests and the game’s.

“We believe it is a positive, not a negative, for the RLPA and the game that Ian has remained committed to the Association through a lengthy transition period.

“On behalf of the Board and fellow players, I would like to thank Ian for his outstanding contribution and wish him and his family all the best on their move back to Melbourne in April.”